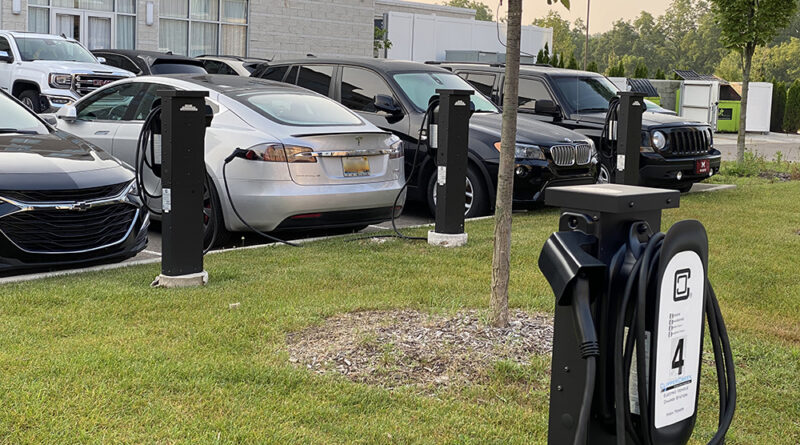 The $1 trillion infrastructure bill approved by the U.S. Senate on Aug. 10, 2021, is making its way to a vote in the House of Representatives. If passed, it would then go to the desk of the president of the United States before becoming a law.

Included in the bill is a monetary appropriation of $7.5 billion to build and install a national network of 500,000 EV (electric vehicle) charging stations. This ambitious plan would necessitate building charging stations in rural and low-income neighborhoods, in order to map out a realistic highway route to traverse the continental United States.

Only two percent of vehicles in the U.S. are electric and require only charging stations. The other 98 percent still depend on gasoline stations. GrantWatch offers a variety of energy and environmental grants for similar initiatives and work to improve the environment.

Electrify America is the largest public charging network available in the U.S. This grid was created as part of an adjudicated settlement negotiated as a result of the Volkswagen diesel emissions fiasco.

Volkswagen Group used to control 70 percent of the U.S. diesel passenger car market and cleverly advertised their products as “Clean Diesel.” In 2015, The EPA (Environmental Production Agency) discovered that VW diesel vehicles, manufactured under the Volkswagen, Audi and Porsche nameplates, used software to display false data and were actually spewing up to 40 times more pollutants into the atmosphere than permissible. More than a year later, the U.S. District Court approved a $14.7 billion settlement between Volkswagen and federal and state regulators.

Rob Barrosa is the senior director of sales, business development and marketing at Electrify America. He said the company is committed to creating a national footprint with or without funds from the infrastructure bill.

“You have to start somewhere,” Barrosa said. “We’re going to cover everything. … It’s just a matter of time.”

Electrify America has researched travel patterns and continues to work with states to incentivize EV stations.

Mehranz Ghamami is an assistant professor of civil and environmental engineering at Michigan State University. She is leading a team of researchers to develop a plan for a network of EV stations in Michigan.

Ironically, her research is in Motor City, where gasoline figuratively flows through the veins of proud Detroiters.

Ghamami explained that the Michigan government is trying to find private companies to partner with state and local municipalities and electric power utilities to share the cost. Target, Walmart and other grocery chains have agreed to share some of the cost.

Challenges are many to install more chargers, even if the bill passes:

I recently took a road trip from Michigan to Florida and stayed overnight in a hotel that offered electric chargers in their parking lot for overnight guests. As my photo can attest, only a single EV was using the charging station. The other seven spaces were occupied by internal combustion vehicles.

GrantWatch will continue to research this brave new world and post grants that offer energy and environmental funding for forward-thinking businesses and nonprofits. For more information on becoming a subscriber check out the Frequently Asked Questions (FAQ) page on the site.