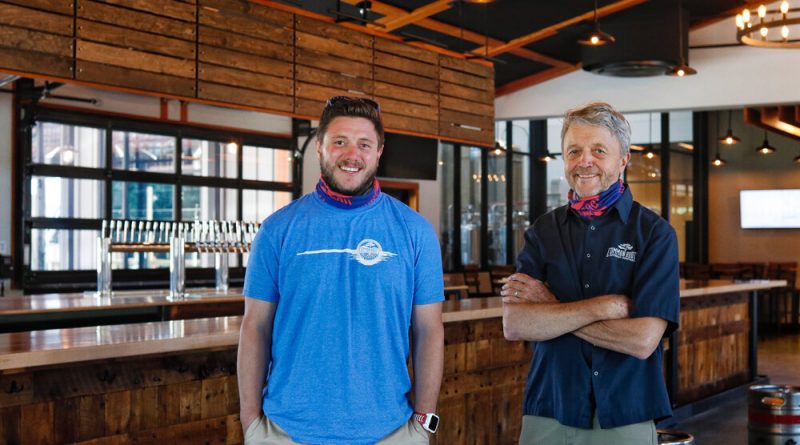 Cheers to the father and son team that took advantage of a state economic development grant to make their New York brewery more productive.

The state’s $100,000 investment in Common Roots has enabled Bert Weber and his son, Christian, to automate the canning line and add new brewing tanks and fermenting barrels for their wild-yeast beers.

During a tour of the South Glens Falls brewery, Lt. Gov. Kathy Hochul tipped a glass to the success of the Common Roots Brewery Company. She said the state’s economic development grants aim to give businesses throughout New York the boost they need.

New York is expected to provide $755 million in funding this year for hundreds of local efforts to boost the economic climate statewide, and particularly in upstate communities like South Glens Falls. The money is intended to support job training, subsidies for expanding businesses, funding for community organizations and other local economic initiatives. Since 2011, New York has handed out more than $5.4 billion in regionalized economic development awards.

The state grant will increase brewing capacity to 5,000 barrels this year at Common Roots, which got its start four years ago. Christian, who had dreamed about owning a craft brewery, left a small environmental nonprofit to combine forces with his father, a retired teacher.

Despite little experience operating a brewery outside of sharing a beer together, the father and son have watched the company grow to 20 employees. Right now, the brewery has ten 20-barrel fermenting tanks, and usually four of them are tied up with Last Light IPA, its most popular beer. The most recent grant will help nearly double that capacity by adding three 60-barrel fermenters. Additional plans include expansion of the brewpub area to set up