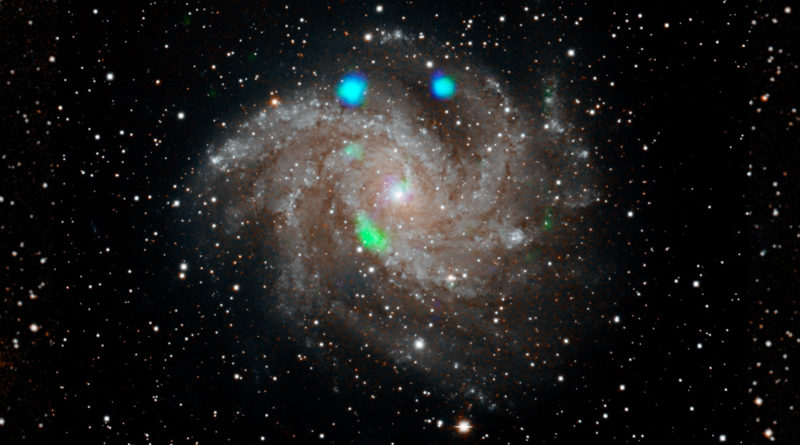 Space discoveries are always refreshing to hear about, and with the industries public-private partnerships doing a lot to advance the cause, it’s super exciting to hear that a national Aerospace nonprofit, Aerospace Corp, has received a grant from NASA’s Innovative Advanced Concepts program, for their Solar Gravity Lens Concept.

Without getting too complicated, SGL’s goal is to send a fleet of optical telescopes out to image planets that are beyond our recognized solar system.

What is an Optical Telescope?

An optical telescope is: “ is a telescope that gathers and focuses light, mainly from the visible part of the electromagnetic spectrum, to create a magnified image for direct view, or to make a photograph, or to collect data through electronic image sensors.”

This 2-year grant funding will support further progress on this conceptual program, through a mission that will be led through NASA’s Jet Population Laboratory, in partnership with Aerospace.

“NASA’s selection of the SGL mission for the NIAC III award is a boost for the nation’s efforts to explore deep space,” The SGL concept is enabled by a new set of breakthrough technologies in solar sails, artificial intelligence, nano-satellites, and formation flying that promise to revolutionize what we do with satellites closer to home.”

This concept has already received awards that prove it’s basic feasibility, namely NIAC Phase I and II awards, and has: “a novel mission architecture using multiple low-cost spacecraft.” The team at Aerospace corp has already laid out a baseline roadmap to SGL’s mission, with the time frame for launch being somewhere in 2023-2024.

Aerospace’s technical co-lead for SGL, Tom Heinsheimer spoke on the funding and its vital importance:

This award brings us toward a proof-of-concept flight that would exit the solar system faster than any previous spacecraft, Then we would fly swarms of cooperating smallsats to observe the images of exoplanets substantially magnified by the predictions of Einstein as how light behaves around massive objects.”

After imaging is completed, these spacecraft carrying the chips will sail into this new space territory, furthering our understanding of what’s out there. This will build upon the mission of the space mission of the Voyager Space Craft that launched in 1977 and continue such important work.

Not to make a joke on such an important topic, but this mission does bring new meaning to the phrase: “To Infinity and Beyond.”