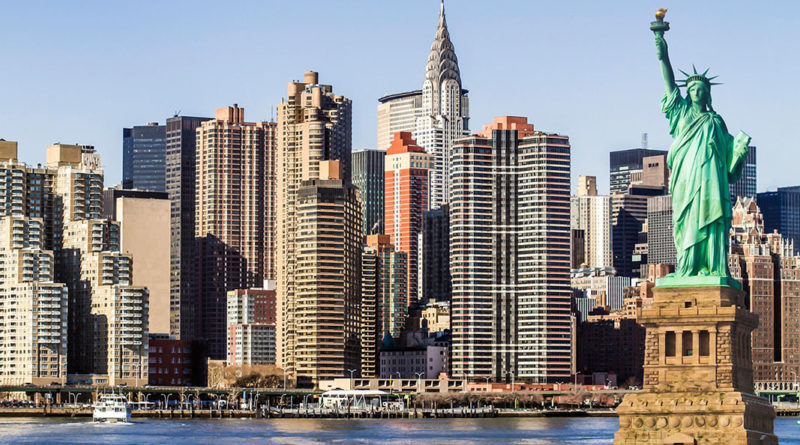 These last few days, weeks, and months have been challenging for everyone. The unemployment numbers are bad, millions of individuals are unemployed, and the economy is fragile, to say the least. Society is re-examining itself and we the people are having long-overdue serious conversations.

Ironically, as the country attempts to deal with the challenges, there is a Facebook private group, launched back in April 2020, and already has more than 4,500 members. This group is a forum for individuals, “who have decided or are considering-willingly or otherwise-to join the exodus from NYC.”

This is surprising to me. New Yorkers were always proud to a fault of their city and would quickly and vigorously defend its concrete skyline against the sunny and woodsy suburban countryside. It was ground zero for 9-11 and after the attack, New Yorkers stepped up as a community and rebuilt.  In fact, we can give numerous examples of tragic events evolving into new and improved realities.

The Facebook banter runs the gamut from feelings of guilt and shame to surrender. Many on the forum wax poetically and express clearly that it is easier to “pretend” that the world is not ending while hunkering down in bucolic upstate New York.

Others on the Facebook post decried; “It’s crazy that we left our home, making that decision in hours, and I’ll never see it again”.

One 79-year-old man moved from his upper west side apartment, which was his home for 40 years, to Peekskill, NY, 50 miles upstate. He lamented; “I feel sad that I couldn’t share in the collective support that citizens of the same space can give one another.”

After the death of George Floyd, the posts have become more conflicting. “I’d say the protests intensified the dichotomy.” They admire the solidarity of the protestors yet continue to be apprehensive about the cavalier attitude regarding social distancing, that is being displayed in the media.

According to Dumbo Moving & Storage, which is the largest mover in NYC, people moving out of the city is increasing dramatically.  According to the founder of Suburban Jungle, a real estate advisory board: “…in the last month, we have seen an unprecedented surge. We are close to percent increase from last year. People are very nervous. They feel stuck.”

New York and the rest of the country have gone through some very difficult months. Many New Yorkers have done the unthinkable, and left New York, as early as March 2020. The fear of the pandemic has caused an exodus of the 5 boroughs not seen since the Brooklyn Dodgers baseball team relocated to California and became the Los Angeles Dodgers.

The real estate market in the suburbs of New York City has seen remarkable growth. Homes that have sat on the market for years in Connecticut and all locales within a 2-hour drive from the city, are selling and selling fast. Homes are selling online, sight unseen. Larger homes, which were not wanted are now back in vogue.

The Amazon Prime series “The Marvelous Mrs. Maisel”, is a popular award-winning show that is set in New York City in the 1950s and 1960s.  A couple of episodes revolved around the characters leaving the city during the hot summer months. Off they would go, to the fictional “Steiner Resort”, where the show transported the viewers to the summer vibe of the Catskill Mountains.

Scott’s Family Resort in Delaware County, New York, was the real-life location of the fictional resort. After the summer vacation episodes aired in the second season, the 150-year-old resort sold out all their 134 rooms, cottages, and guest houses.

Since COVID-19, this year, the family-owned resort has been closed and the Scott family has put it up for sale. For 6 million dollars you can purchase a 1,000 acres resort on Oquaga Lake, which is only a 3-hour drive from NYC.

Now more then ever New York grants are crucial.

I am optimistic that when the aftermath of this current lock-down finally arrives, we as a people will find the inspiration to make the correct choices and make a better society for all. Those who suffered from COVID-19 and were hospitalized, cried out “I can’t breathe”, and had to be intubated.

Let us all hope and pray that these same dying words uttered by George Floyd, that have been shared by so many COVID-19 victims in New York and around the globe, will become the inspiration for a better post-pandemic world.