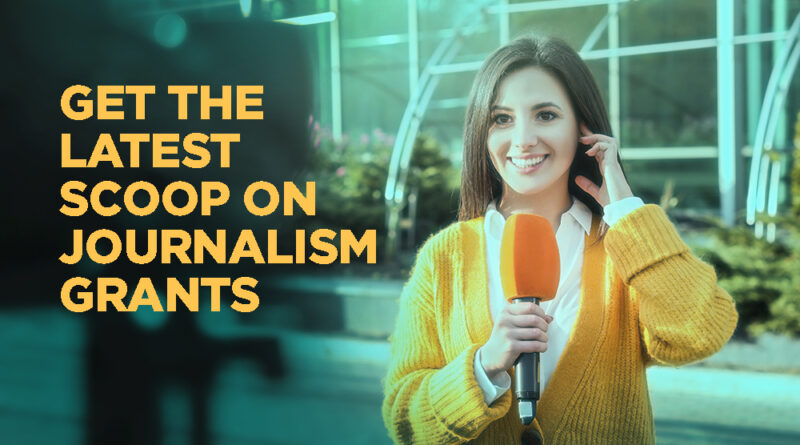 Journalists play a crucial role in society. Without them, the majority of the public would be unaware of what is going on in the world around them. True news reporters give their audience objective and unbiased information and allow them to do the interpreting themselves. This is important, because it gives everyone access to the facts regardless of their societal and financial status.

GrantWatch has a number of grants specifically for journalists. It also has a category for arts and culture and a workforce category.

The Role Journalism Plays in the World

According to the American Press Institute, “the purpose of journalism is thus to provide citizens with the information they need to make the best possible decisions about their lives, their communities, their societies, and their governments.”

The need for journalists has been around for a long time dating back to the creation of the U.S. Constitution, specifically when looking at the 1st Amendment. The specific amendment calls for freedom of the press, along with freedom of religion, speech, assembly, and petition. The press keeps the government in check and ensures it does not have total control, leading to mass propaganda.

George Washington expressed similar concerns of a life with no press when he was in power. “If freedom of speech is taken away, then dumb and silent we may be led, like sheep to the slaughter,” he said. Thomas Jefferson also shared in this notion, claiming that “the only security of all is in a free press.”

However, according to the Charles Koch Institute, the United States is ranked only 45th out of 180 countries in a report on media freedom. And since the rise of internet and social media, the profession has taken a major hit. The Pew Research Center notes that U.S. newsroom employment has fallen 26 percent since 2008.

For these reasons, it is imperative to support young journalists, along with those that have been in the field for some time. Below, are nine grants that are currently available on GrantWatch for journalists.