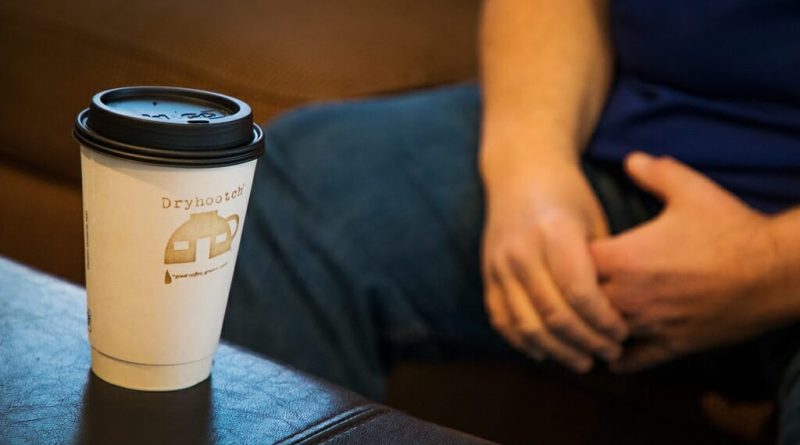 As owner of the Dryhootch coffee house on Milwaukee’s north side, Bob Curry watches his customers sit by themselves for weeks, quietly observing the environment around them, before they ever so-slowly begin to mingle with others.

Most of the conversations start with “Did you serve?” But, Curry refuses to make judgments about his customers, whom, like him, are USA veterans who long for a safe, comfortable, drug-and-alcohol free environment to heal and recover. “Dryhootch,” a nonprofit which Curry established a decade ago, is that therapeutic sanctuary.

Many of the vets that visit Dryhootch – “Hootch” is military jargon for a safe place to sleep during combat – suffer from post-traumatic stress disorder, a psychiatric condition that follows a traumatic event. In these cases, military combat.

Curry knows something about PTSD. The 66-year-old former pilot who flew more than 250 missions during the Vietnam War is one of 653,400 USA veterans treated for PTSD each year by the United States Department of Veterans Affairs. Given the preponderance of the disorder — more than 14 million Americans will be diagnosed at some point in their lives with PTSD, according to the U.S. National Institutes of Health.

Funded by donations and grants from the government, foundations, corporations and individuals, Curry opened a second Dryhootch in Milwaukee, near the VA Medical Center. He plans to open another at a site in Madison, Wisc., and one is in the works for Atlanta. Each will be dedicated to offering a safe, healing place where vets can engage in peer-to-peer counseling to deal with issues of physical and mental health.

Libby Hikind, founder and CEO of GrantWatch.com, said healing the emotional or physical trauma of military service and reintegrating veterans into society is a priority that requires money. The good news is that GrantWatch provides information on these funding opportunities for nonprofits to access grants to provide services and for individual military veterans and their families including health, education, employment and housing.

Curry continues to work with vets daily and with community advocates as well including the Wisconsin Partnership Program at the University of Wisconsin School of Medicine and Public Health, which provided him with a $50,000 grant to fund refinements of a prototype smartphone app built to connect vets statewide and beyond to Dryhootch healing places in their communities.

When he returned from Vietnam, Curry, like many other vets, tried to “stuff” the memory of his service and the symptoms of post-traumatic stress disorder the war had caused. But, those symptoms – flashbacks and nightmares — came roaring back once the Gulf War started in 1990. As a result, he gained weight, drank excessively and, in 2011, reached rock bottom when he was charged with homicide by intoxication.

Even though he was eventually cleared of the charge by reason of insanity due to a rampant case of PTSD, Curry continued to flounder in and out of state mental institutions until fellow Vietnam veterans helped him confront his PTSD. Not only did Curry stand up to his exaggerated arousal and flashbacks, he created a source of assistance for fellow veterans to cope with their military experiences over a cup of coffee.

Nonprofits and interest groups that serve the unaddressed needs of military servicemen and are frustrated by the often-overwhelming process involved with searching for grants for veterans can identify funding opportunities that are easy to read and simple to comprehend at GrantWatch.com. Sign-up here to receive the weekly GrantWatch newsletter which features geographic-specific funding opportunities.