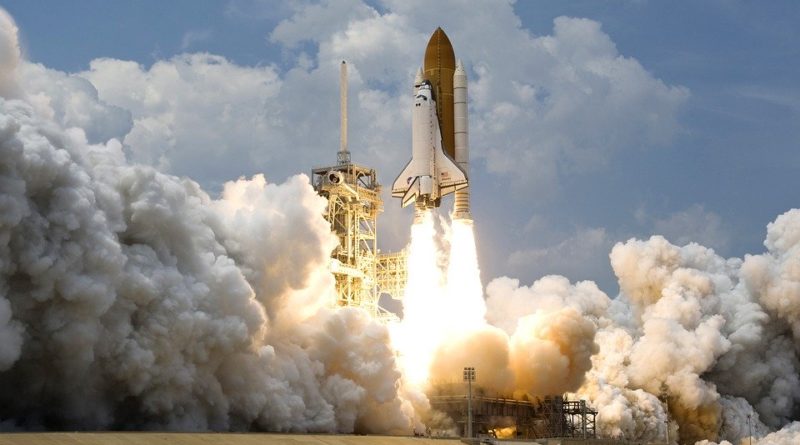 Space Florida, the aerospace economic development agency of Florida, has been awarded an infrastructure grant from the U.S Department of Transportation, led by Secretary Elaine Chao.

This grant will support several interrelated projects, including widening Space Commerce Way, replacing the R 405 bridge over the Indian River Lagoon, as well as restoring a 3.7-mile stretch of NASA Parkway West.

The fifty-five-year-old R405 Bridge, which was built in 1964 as a way to transport personnel and equipment during the space race, will be demolished and replaced by two high-span bridges, which will allow for drivers to drive over and under, comparable to other bridges in the area.

The entirety of these projects are said to take up to five years. The infrastructure grant is in the amount of $90 million and will be used for these three projects deemed necessary for Space Florida.

Space Florida is partnered with the Florida Department of Transportation, as well as NASA’s Kennedy Space Center for these projects, and receiving this award means that the relevant projects can move forward. This grant is part of the Department of Transportation’s Rebuilding America Program, which provides for much-needed discretionary funds to critical areas of infrastructure revitalization.

Vice President of Governmental and External Relations at Space Florida, Dale Ketchum, says that this grant will help to support a growing private space industry, and that this funding “Will replace it with a robust, resilient transportation network into the growing cape Canaveral spaceport”, which the entire team at SpaceFlorida is very proud of.

And there’s so many people that are excited about this funding, because it increases Florida’s ability to participate in the growing space industry, as well as to ensure that the infrastructure needs of both SpaceFlorida and Florida’s Department of Transportation are being met, which can only be a positive thing for the citizens of Florida.

Governor of Florida, Ron Desantis had this to say about the state’s agencies receiving this grant: “I applaud our partners at USDOT for recognizing the importance of this grant for Florida’s Space Coast, as our population continues to increase, modernizing the Cape Canaveral Spaceport is critical to the long-term viability of future launches, our transportation infrastructure, and state economy. With this federal investment, Florida will remain a global leader in the aerospace industry for years to come”.

Space Florida’s mission is and has always been to strengthen Florida’s position as the global leader in aerospace research, investment, exploration, and commerce.