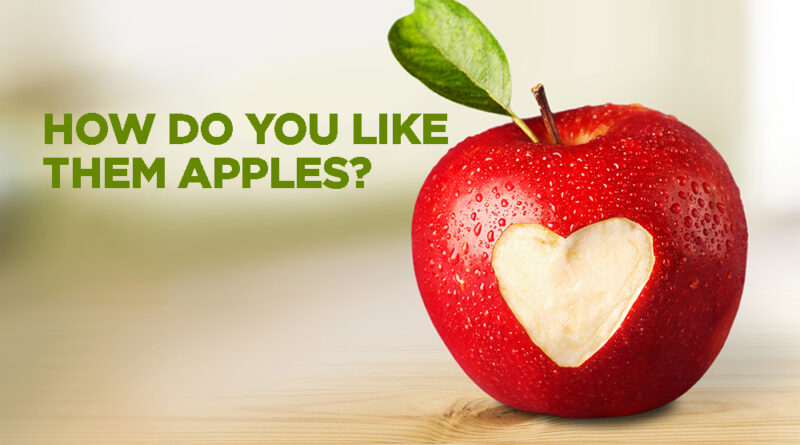 On a recent trip to our neighborhood big-box warehouse store, I purchased a large bag of Honey Crisp varietal apples. I was looking forward to enjoying this natural and healthy fruit and then something caught my eye. The fine print on the bag informed me that the apple was coated with wax.

Going back to the 1980s, commercially sold apples in the U.S. have been legally allowed to be coated with shellac.

After harvesting the apple orchards, the growers wash them to remove dirt, leaf debris, and bugs. Unfortunately, during this procedure, the natural wax comes off, leaving the skin looking dull and old.  Most consumers would avoid this exhausted-looking produce, believing it to be inferior and past its expiration date.

To reverse the aging appearance of the apples, a secondary process occurs. This step involves replacing the natural coating with an edible synthetic varnish of either shellac or carnauba wax. This youthful-looking coat gives the apple a bright new shine, seals in moisture, and extends its shelf life of the fruit.

GrantWatch has a category for farming and agriculture grants on its site, as well as one for science and the environment.

The source of the secondary coating comes from the secretion of the female beetle of the species named Kerria Lacca. Growers in Southeast Asia and Mexico obtain sticks of kerria lacca eggs that are ready to hatch and attach to trees.  As soon as the beetles hatch, they colonize the branches of the host trees. The Kerria Lacca, begin gorging on the tree sap and bark for sustenance. To travel in and around the tree branches, the beetles secrete a sticky resin, called Sticklac.

The workers harvest this resin and then heat and filter it.  Unfortunately, most of the beetles die during the process and lose their body parts and bark parts.  However, according to the Shellac Export Promotion Council, “25% of shellac consists of insect debris.”  Alcohol is added and the finished product is a food-grade glaze or E904 that is used in numerous products, including candies, chocolates, and fresh waxed fruit.

Do humans consume insects?  Beetles are probably the most eaten protein in the world, with some 3 billion people consuming insects, mostly in China, India, and Africa.  In the United States, there is a movement to market edible crickets and other insects. One can even purchase edible crickets on Amazon.

The United Nations continues to support the movement towards an insect-eating society.  Many Americans and people that live in Northern climates, react to bugs with an ick-factor. Watching the castaways eating bugs on an episode of the television program “Survivor” confirms the ick factor.

Vegans and vegetarians, and adherents of some religions, certainly don’t expect to be chewing on insect parts when biting into an apple.

As mentioned earlier, the shellac on apples and jellybeans comes from a resin excreted from the female Lac Beetle. The production of this confectioner’s glaze is like honey production by honeybees. We don’t eat bee parts; the honey is produced outside the body of the honeybee. Unlike honey, minute insect parts do sometimes slip through the filtering process.

For those who still want to eat the apple skins, containing pectin and other goodies, they need to wash them.

Four different ways to wash apples. Pick one and enjoy a bug-free apple.