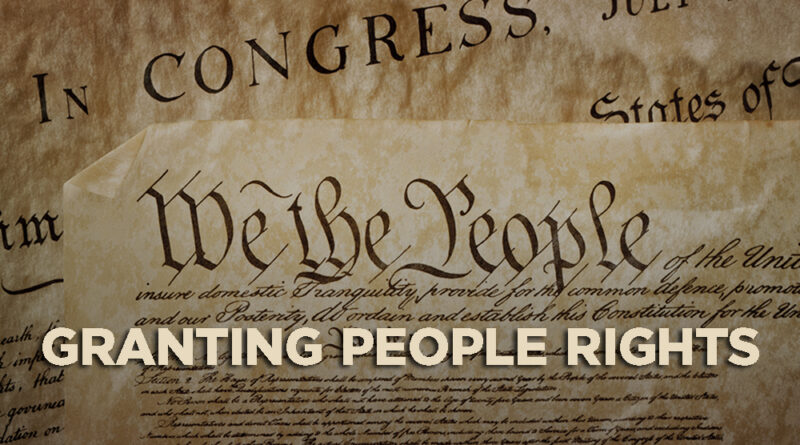 Literacy and education are what make people thirsty for liberty. Without reading, people would not understand the true meaning of individual freedoms or choice. People can see examples of this correlation when looking at the great statesman and leaders of the past.

Preceding our Constitution’s definition of “the separation of powers” in the 18th century, French philosopher Montesquieu wrote an exposition on political theory. He published his book “The Spirit of the Laws,” in 1748, which explained that the separation of the powers of government, and how the appropriate framing of civil and personal security is crucial to maintaining political liberty. The Constitution of the United States has clearly defined the “separation of powers”.

“We the People of the United States, in Order to form a more perfect Union, establish Justice, insure domestic Tranquility, provide for the common defense, promote the general Welfare, and secure the Blessings of Liberty to ourselves and our Posterity, do ordain and establish this Constitution for the United States of America.”

Here is a list of grants to help your organization achieve the principles of the Constitution:

Overly Literate, Great Statesmen Who Stood for Liberty and Freedom

William Gladstone, who served four terms as British Prime Minister and led honorably for 60 years, has education to thank for his success.

He had a library of 32,000 books.  Upon reading his diary, historians discovered that he made a notation every time he finished a book. His diary revealed that he read 22,000 books. He lived to the age of 88, and would have read 275 books a year, or five or more books each week during his lifetime.

Gladstone also shared his wisdom and wrote many books on a variety of topics, ranging from politics and religion to Greek literature. Because of this, the academic world respected and admired him.

Years ago, I visited the home of another great statesman in Tel Aviv, Israel. The first Prime Minister of Israel was David Ben Gurion. His home appeared small and spartan, yet it must have been home to almost 20,000 books. Like Gladstone, he was an avid reader and a prolific writer.

Benjamin Disraeli, who served as the Prime Minister of the United Kingdom for two terms, was another author. The results of his quotes through a search engine are both impressive and inspiring.

Sir Winston Churchill, twice elected Prime Minister of the UK, wrote almost 50 books and won the Nobel Prize for Literature. It is reading and writing that separates a designated figurehead from a true statesman.

Reading is crucial to great leadership, and our next generation will need to love the books of our history to understand true liberty.

GrantWatch has numerous grants for education, teachers and schools. For more information, you can also visit the GrantWatch FAQ page.