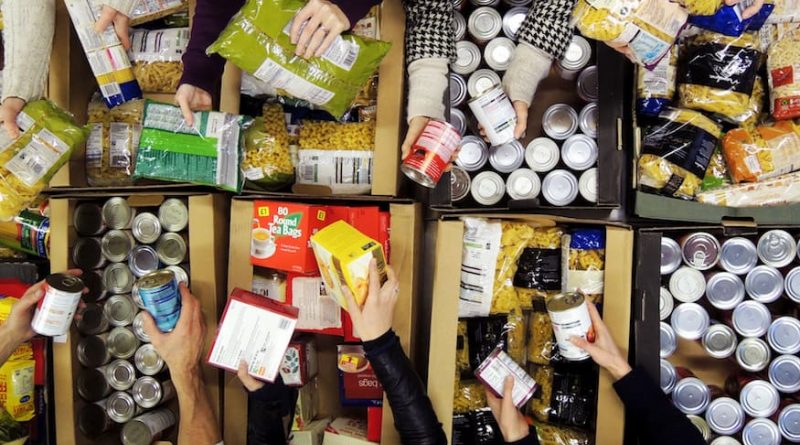 Outside the soup kitchen, a big white storage container houses cereal boxes, bags of rice, and canned vegetables among other nonperishable food items. The white container food pantry affectionately called “The White House,” at GWIM, Greater Waterbury Interfaith Ministries, is a lifeline to families in need.

CDBGs, one of the longest-running programs of the U.S. Department of Housing and Urban Development, funds local community development activities, such as affordable housing, anti-poverty programs, and infrastructure development. When the massive omnibus spending bill was passed by Congress and signed by President Donald Trump last month, CDBG received an 8 percent funding increase through September 2020.

Libby Hikind, founder and CEO of GrantWatch.com, said CDBG funds and other grants for municipalities are awarded to regional and small local governments with only general provisions for which way the money is to be spent. She said many of these funding opportunities are used to help towns and cities ensure decent affordable housing, provide services to people in the most vulnerable communities, provide food pantries, and to create jobs through the expansion and retention of businesses and other forms of economic development such as, tourism and education.

From Vermont and New Hampshire to Mississippi and Texas, CDBGs propose funding a wide range of programs on GrantWatch.com — from natural disaster relief and restoration to feasibility studies and economic development, public services and housing.

In February, more than $1.5 million in federal CDBG money was awarded to help Puerto Rico recover from Hurricanes Irma and Maria. Those awards, in contrast to categorical grants, CDBGs were given for rather broad purposes with few strings attached. Trump had first proposed cutting the entire CDBG program next fiscal year. But, instead, the $1.3 trillion budget bill boosted the block grant program’s funding by $305 million.

HUD figures show the department distributed $3.2 billion in CDBG funding nationwide in the fiscal year 2017. Some of that money helped to pay for a new combination oven, which is enabling kitchen staff at the Pocatello Senior Activity Center, in Idaho, to prepare nutritious meals more efficiently to seniors who are unable physically or financially to provide for themselves.

For nonprofits with limited budgets, expanding services to better help the community is always on the radar.  Finding the right funding resources can be challenging. A $50,000 grant of CDBG funds to the Literacy Council of Grand Island was used for new programs to assist students with English language instruction. Nearly 200 students attended group classes offered each week during the council’s funding period.

The Nebraska nonprofit also used the money to create an alternative learning space called Community Connection Center and to get new equipment for computer-based study in a Language and Learning Lab. Students at the Literacy Council are from more than 30 countries, a majority of whom are learning English as a second language; while another program helps English speakers learn Spanish.

Meanwhile, staff at Greater Waterbury Interfaith Ministries will be able to fully stock the “White House” at the end of every month, because it can count on continued CDBG funds.

“Without CDBG, I don’t know what we would do,” said Dublin.

Colleen Letizia, who regularly picks through the pantry for food, knows going hungry is one less thing she needs to worry about.

Nonprofits, municipalities, public and private foundations, small businesses, and entrepreneurs frustrated by the often-overwhelming process involved with searching for food pantry and economic development grants can identify funding opportunities that are easy to read and simple to comprehend at GrantWatch.com. Sign-up here to can receive the weekly GrantWatch newsletter which features geographic-specific funding opportunities.