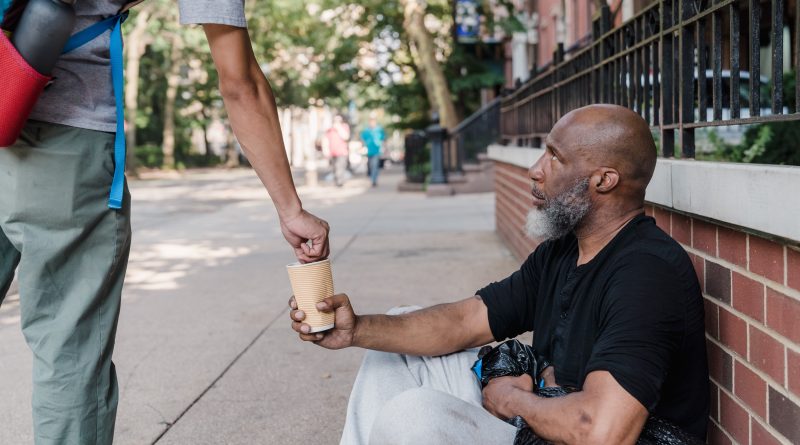 Outside the tarp-covered tents belonging to homeless people populating the Skid Row area of downtown Los Angeles, a man who identifies himself as Vincent sorts his belongings. Vincent said he thought he was bulletproof and never had to worry about finding a job as a young man.

“Things ain’t the way they were anymore,” he said while bemoaning a homeless crisis of unprecedented proportions that has not only rocked the streets of Los Angeles and other West Coast cities, but has advanced throughout the entire United States as well.

The nation’s homeless population increased this year for the first time since 2010, according to the U.S.. Department of Housing and Urban Development which released its annual Point in Time (PIT) count last month. The report showed nearly 554,000 homeless people across the country during local tallies conducted in January; up nearly 1 percent from 2016.

Of that total, 193,000 people had no access to nightly shelter and instead were staying in vehicles, tents, the streets and other places considered uninhabitable. The unsheltered figure is up by more than 9 percent compared to two years ago.

Increases are higher in several West Coast cities, where the explosion in homelessness has prompted at least 10 city and county governments to declare states of emergency since 2015.

City officials, homeless advocates and those living on the streets point to a main culprit: the region’s booming economy. Rents have soared beyond affordability for many lower-wage workers who until just a just few years ago could typically find a place to stay. Now, even a temporary setback can be enough to leave them out on the streets.

Federal, state and local agencies do provide funds to nonprofit organizations committed to homelessness prevention, said Libby Hikind, founder and CEO of GrantWatch.com, which provides a user-friendly listing of current and archived grants for homeless prevention initiatives as well as funding opportunities, awards and contracts, and their summaries.

“Many of these nonprofit organizations, in turn, will offer rental payment assistance and supportive services to qualified homeless populations,” she said. “These programs and a small investment of time, money and energy can have a profound impact on assisting homeless individuals through the entire spectrum — from obtaining income, to assessing healthcare needs, to finding a job, or to rental application assistance.”

In the meantime, as the surge in homelessness becomes part of the fabric of daily life in West Coast cities, the numbers in the report back up what many people in California, Oregon and Washington have been experiencing in their communities: encampments sprouting along freeways and rivers; local governments struggling to come up with money for long-term solutions; conflicts about whether to crack down on street camping and even feeding the homeless.

The most alarming consequence of the West Coast homeless explosion is a deadly Hepatitis A outbreak that has affected Los Angeles, Santa Cruz and San Diego, the popular tourist destination in a county where more than 5,600 people now live on the streets or in their cars. Spread through a liver-damaging virus that lives in feces, the disease prompted California officials to declare a state of emergency in October.

The HUD report underscores the severity of the problem along the West Coast.

While the overall homeless population in California, Oregon and Washington grew by 14 percent during the past two years, the part of that population considered unsheltered climbed 23 percent to 108,000. That is in part due a shortage of affordable housing.

In booming Seattle, for example, the HUD report shows the unsheltered population grew by 44 percent in two years to nearly 5,500.

The homeless service area that includes most of Los Angeles County, the epicenter of the crisis, saw its total homeless count top 55,000 people, up by more than 13,000 from 2016. Four out of every five homeless individuals there are considered unsheltered, leaving tens of thousands of people with no place to sleep other than the streets or parks.

By comparison, while New York City’s homeless population grew to more than 76,000, only about 5 percent are considered unsheltered thanks to a system that can get people a cot under a roof immediately.

In contrast, the HUD report showed a long-running decline in homelessness continuing in most other regions. Nationally, the overall homeless number was down by 13 percent since 2010 and the unsheltered number has dropped by 17 percent over that seven-year span, although some changes in methodology and definitions over the years can affect comparisons.

Places where the numbers went down include Atlanta, Philadelphia, Miami, the Denver area and Hawaii, which declared a statewide homelessness emergency in 2015.

The Homeless Point-In-Time survey is based on counts at shelters and on the streets. While imperfect, it attempts to represent how many people are homeless at a given time. Those who work regularly with the homeless say it is certainly an undercount, although many advocates and officials believe it correctly identifies trend lines.

About the Author: Staff Writer for GrantWatch.com