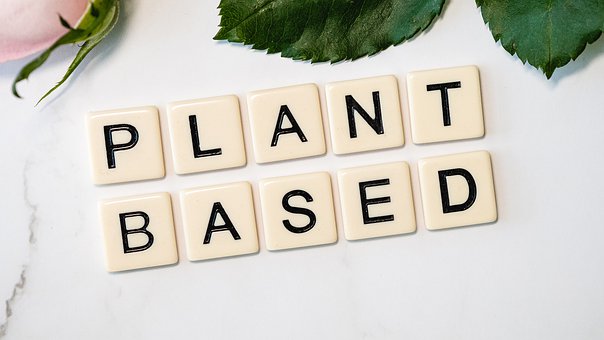 Last week, Oatly Group AB, a company that is the largest manufacturer of milk products made from oats, went public. This company based in Malmo, Sweden, has raised $1.4 billion in an IPO (initial public offering). It has been making alternative milk and dairy products – i.e., butter, ice cream and yogurt products – since 1994. The company has a celebrity list of financial backers, including Oprah Winfrey, Jay-Z and Natalie Portman. Starbucks founder Howard Schultz is also an investor and not surprisingly Oatly products are available at your local Starbucks.

In 2019, the plant-based meat alternative company Beyond Meat successfully launched its IPO. It was originally $25 a share and has skyrocketed to $200 a share at one point. There are a lot of people who are betting that fake meat and dairy will be the next big thing. They are convinced that plant-based food is better for the environment and healthier for the consumer.

The belief that meals prepared with plants are healthier than food produced from animals is nothing new. Thirty-plus years ago, I was a guest at Grossinger’s Hotel in the Catskill Mountains in New York and still remember the humorous stories told by the entertainer, a comedian named Dick Capri.

He related that he was driving in Florida and pulled up at a red light, rolled down his window and asked the octogenarian gentleman driver in the car next to him for directions. Dick Capri wanted directions to Interstate 95 and proceeded to yell through the car window to the elderly driver next to him: “Hey, how can I get to 95”, the reply was, “Don’t eat meat.”

Veggie burgers are not a new and novel product. The first generation of these products have been occupying space in the refrigerated section of the supermarket for years. I have tried numerous brands, and frankly I was not impressed. The next generation: Beyond Meat products and Impossible Burgers are a huge improvement in taste and texture. They look like a real burger and the added beet juice makes them bleed like traditional beef burgers.

The third generation of alternative meat is almost here. Thirty-three companies are experimenting and developing meat that is grown in a lab.

Located in Israel, Aleph Farms, in partnership with the staff of the Faculty of Biomedical Engineering at the Technion-Israel Institute of Technology, has become the leader in this effort.  In 2018, they produced the first stem-cell piece of steak. Two years later, they produced the first slaughter-free ribeye steak using real cow cells that were grown and harvested in a lab and 3D technology. The final product was a product that has all the sensory qualities, including the look and feel of a high-quality, well-aged rib steak.

Low-fat food, environmental issues, animal welfare and the greenhouse effect are all issues driving this movement.

The Good Food Institute, a501(c)(3) nonprofit, located in Washington D.C., advocates for the reimagining of meat production.  GFI is 100% funded by philanthropy.  Their theory is:

“Alternative proteins like plant-based and cultivated meat offer a better way to feed the world.”

This nonprofit has funded research grants to numerous companies internationally that support food manufacturers, assisting them to go from an idea to proof of concept. They are a first step in the road to bringing new alternative protein sources to market.

Chef and author Mark Bittman has detailed the good, the bad and the ugly in the history of food production in his latest book “Animal, Vegetable, Junk: A History of Food, from Sustainable to Suicidal.”

This sweeping and historical review of food is a story of how the need for food has directly affected the course of human history, from corporate farms to famine and everything in between.

Food has shaped our past and will no doubt shape our future. Let us hope is will still taste good.

The grant industry can seem complex and be overwhelming for those who have never applied for a grant before. Our advice is to start with the smaller grants first as these tend to have a simpler application process. Once you have a few awarded grants under your belt, it will be easier to receive a grant with a higher funding amount. For more information, you can also visit the GrantWatch FAQ page. We wish you the best of luck with your grant-seeking!