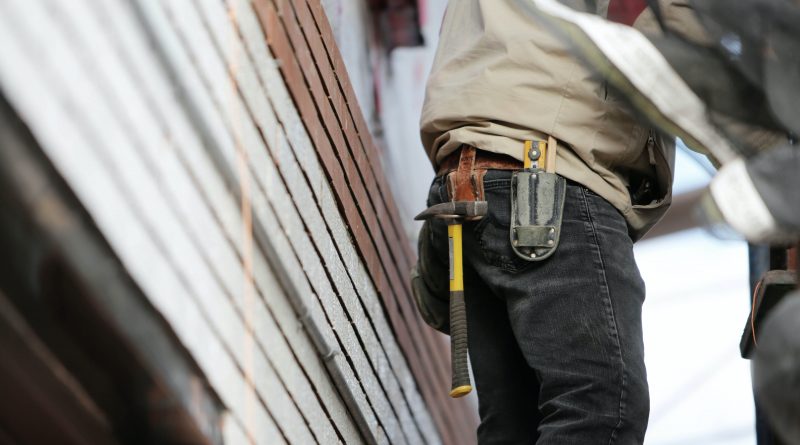 He didn’t own a car when he started his handyman and painting business five years ago. Amos Louis traveled by bicycle instead. On his way to work each day, the California resident would pass by the Richmond branch of the Renaissance Entrepreneurship Center. One day, he decided to stop inside the local office.

Louis, a Haitian native who struggled financially to make a stable living, has no regrets about his decision. The center, a nonprofit that provides training to low- to moderate-income level entrepreneurs, has given Louis what he calls a “business plan.”

Now, after attending workshops and using the resources of the center, Louis is growing his business. He is working on larger projects than before and has been able to hire staff to help him.

Louis is one of many entrepreneurs who have turned to Renaissance since its founding 33 years ago. The center helps go-getters like Louis obtain small business loans, and provides meeting and office rental space. Intensive training classes and workshops are also offered at the Richmond locations and across the Bay Area in East Palo Alto and San Francisco.

Louis attended those classes to learn about finances, marketing strategies and technology like QuickBooks that he could use to build connections, collaborate on projects, and grow his business. These programs are supported by funds from government, corporate, foundation and individual sources.

Libby Hikind, founder and CEO of GrantWatch said federal, state and local governments offer various grants and other types of financial assistance to small businesses and nonprofit organizations that help entrepreneurs succeed. Hikind recommends that you check out the small business grants on GrantWatch, displaying grants that a for-profit or individual can apply for (if they meet the eligibility criteria).

In 2017, the City of Palo Alto provided a $100,000 grant to the Renaissance Entrepreneurship Center to encourage residents to become small-business entrepreneurs. More than 60 families and adults, 78 percent of whom were women, were served by center programs last year.

Among the current listings across the USA are requests to create and foster new companies and increase local employment (click here) or to establish entrepreneurship education and programs that directly support business planning, startup, and scale-up efforts, and offer skills for accessing capital (click here). Other opportunities simply require business to base operations locally (click here).

Louis, for his part, hopes his business can strengthen the economic fabric of Richmond. He wants to work with public-private programs like RichmondBUILD to train low-income workers and help them gain employment through his company in construction and renewable energy. He also wants to have a warehouse location and employ between 35 and 100 workers performing commercial and residential painting and handyman tasks.

Most of all, Louis wants to provide other people with the inspiration and guidance that he said helped him to develop his business, and he wants to help Richmond build its small business community full of diverse entrepreneurs and companies.

It’s hard, Louis said, for low-income people to not only build businesses, but to envision themselves as business owners. He would know. He said he could not imagine having a successful career until a business owner who gave him work years ago noticed his talent for construction and urged him to get a license. Then, the training at Renaissance helped him realize the potential and learn the business skills he enjoys today.