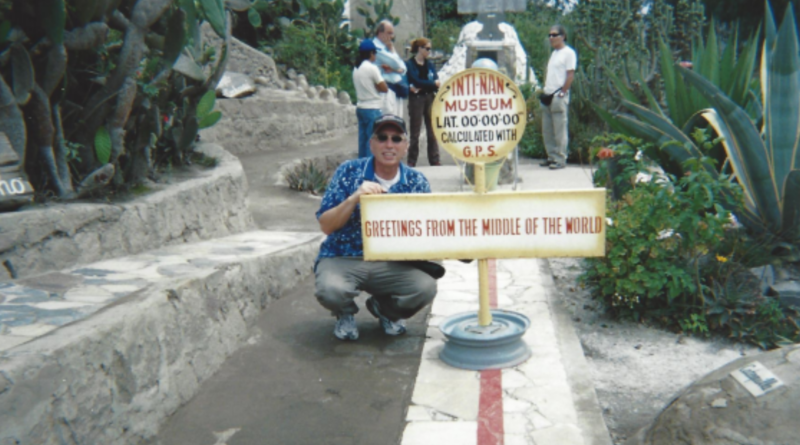 We have been hearing the mantra “follow the science” for the last year and a half as we emerge from COVID-19. As I try to get back to traveling when not writing pieces for GrantWatch, I am surprised that we can a put a man on the moon, but we cannot agree on the center of things.

The Center of the Earth

Years ago, I traveled to Quito, Ecuador. The main reason for going was to stand on the spot that is the middle of the world. In fact, the “Ciudad Mitad del Mundo,” – Spanish for Middle of the World City – located just north of Quito is the spot. This area is purported to be the exact location and the municipal government, as the owner of the land, has constructed a tourist-friendly park that memorializes this geographical landmark.

To my surprise, I also discovered that this touristy site – complete with a 100-foot high monument, crowned with a massive globe and numerous smaller statutes – is geographically 800 feet south of the center. The true center is privately owned and run and a lot more fun.

“Intanan Solar Museum” is a much smaller and primitive attraction and, more importantly, is the actual zero latitude – the Earth’s equator – as calculated by GPS. This educational place includes hands-on activities, which I willingly participated, and I was able to successfully balance an egg on the head of a nail.

The real center that is zero degrees latitude and zero degrees longitude – where the equator and prime meridian intersect – is in the middle of the Atlantic Ocean, in the Gulf of Guinea in western Africa.

The Center of the United States

We might think that in the United States, the confusion of knowing the real center is something that can only happen in a small, underdeveloped country.  Yet truth is stranger than fiction.

Where is the geographical center of the U.S.?

The answer is complicated. The United States did not include the states of Alaska and Hawaii prior to 1959. Ken Jennings, the well-known champion of the television show, “Jeopardy”, published his book “Maphead: Charting the Wide, Weird World of Geography Wonks.” Jennings is best known as the contestant who secured an unprecedented 74-match winning streak, earning $2.52 million in prize money.  Jennings explains that there is a lot of confusion regarding the center of the U.S., more confusion than my experience in Quito, Ecuador.

As I traveled along highway U.S. 281 approaching Lebanon, Kansas, I was thrilled to read the sign: “Geographic Center of the United States.” There was a monument and a plaque. I felt that I reached the geographic landmark I was searching to locate.  I did not.

In 1918, the government surveyors knew that the actual spot was a half-mile away on private land that was a local hog farm. Jennings explained that the monument was built in a small park that included a little chapel. Not surprisingly, couples get married in the fake center of the U.S., which is probably more romantic then getting married in a real hog farm.

The Center Has Moved North

Since 1959, the center has moved north by two states, and is currently near the town of Belle Fourche, South Dakota. This spot is marked with an engraved plaque by the National Oceanic and Atmospheric Administration (NOAA) as the geographic center of the nation. Except, it is not.

The actual center is 22 miles north on private property along a gravel road.

Intrepid travelers, including myself who need to witness the real deal, will drive on the pothole-infested road to stand near the true center of the 50 states. Off the beaten path best describes this location, which is marked by a metal pole protruding from a grassy pasture near a ditch behind a barbed-wire fence. Some diehard tourists have placed an American flag near the spot. The property owners do not mind the tourists, and the mosquitoes love the company.

Check out these international historical preservation grants available on GrantWatch. If you do not have an in-house grant writer, don’t have the time to locate grants or are not comfortable with writing an application yourself, we recommend GrantWriterTeam.com to hire skilled and expert grant professionals.