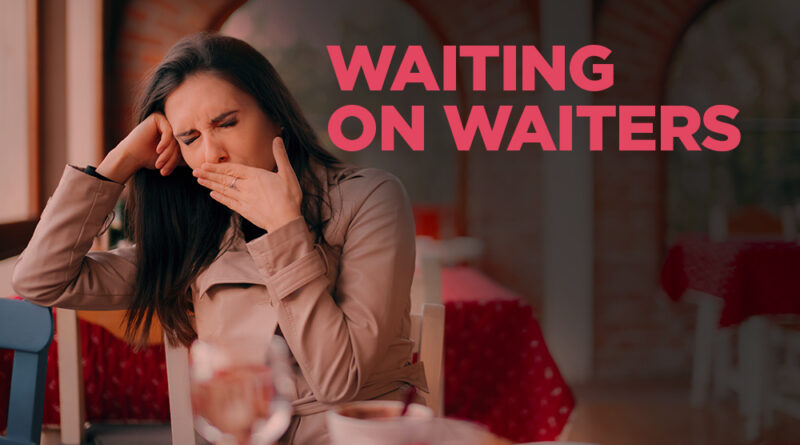 Since we had family visiting us for the first time in two years, we all agreed to go out to dinner at a nice restaurant. After reserving a table for eight, we arrived on time, hungry and exhausted after a long day of taking a break from GrantWatch and enjoying the Florida beaches and parks.

We sat down, reviewed the menu and decided on our appetizers, entrees and children’s meals. Then the fun began.

One hour passed by, and still no waiter to take our order.

Where was our waiter?

With the states allowing indoor dining again, we all expected that food service workers would return in droves to apply for waitstaff and other kitchen positions. The opposite occurred.

This has led to longer work hours, shorter breaks and added stress. So, the remaining workers are quitting and even walking out in the middle of a shift.

Why is there a massive worker shortage? The list of reasons is many, and include:

One Fair Wage is an advocacy group that is raising money to re-plenish their $1 million fund that will offer grants to food service workers in order to supplement their wages.

With the pandemic hopefully subsiding and food establishments re-opening, things are looking up. The Restaurant Revitalization Fund, available since April 28, has given restaurant owners access to $28.6 billion in taxpayer funds. In addition, business owners have had access to PPP loans and grants.

The old restaurant pay scale of paying workers a minimum of $2.13 an hour plus tips is no longer sustainable. Low pay and no benefits, overworked and over-stressed employees with no sick pay is not a business model. As restaurants reopen and try to restaff, they cannot expect to pay workers subminimum wages, and depend on the good will of capricious and unpredictable diners in a post-pandemic world.

This U.S. Small Business Administration has provided monetary compensation to restaurants since April. The program has received over 360,000 applications in the first three weeks of opening the funding. The total funding is reported as $75 billion. Their website states: “After an overwhelming response to the Restaurant Revitalization Fund, the application portal is now closed for new applications.”

However, on June 8, a bipartisan group of U.S. Senators and U.S. House of Representatives introduced legislation that would replenish the RRF with a $60 billion second round of restaurant funding.

In addition, the SBA can no longer give grants through its priority program for economically disadvantaged and women-owned business because courts have ruled that prioritizing is unconstitutional.

In response to this court ruling on July 22, Congressperson Blaine Luetkemeyer (R-Mo.) introduced the Entrée Act to inject $60 billion into the RRF. The Entrée Act, officially titled the “Entrepreneurs Need Timely Replenishment Act”, clearly shows that Democrats and Republicans can work together to help the U.S. restaurant sector.

The funds are expected to come from unspent and rescinded money from the American Rescue Plan. This proposed legislation would also remove preferential treatment and prioritizing in order to adhere to the recent court ruling. Going forward, the program will require that all applicants submit their applications and have them reviewed and processed equitably on a first-come, first-served basis.

“From the outside looking in, the industry appears to recovering, but looks are deceiving,” said Sean Kennedy, spokesperson for The Restaurant Association. “Many are caught in a vicious cycle of wanting to fully open but lacking the resources they need to meet demand.

“RRF is the most critical tool for recovery,” …” Policymakers understood the challenges when we were shuttered, but they need to know…the reopening of a restaurant by no means indicates that the future of the restaurant is secure.”

When locating funding opportunities, GrantWatch is the leading grant search engine and database. If you do not have an in-house grant writer, don’t have the time to locate grants, or are not comfortable with writing an application yourself, we recommend GrantWriterTeam.com to hire skilled and expert grant professionals.