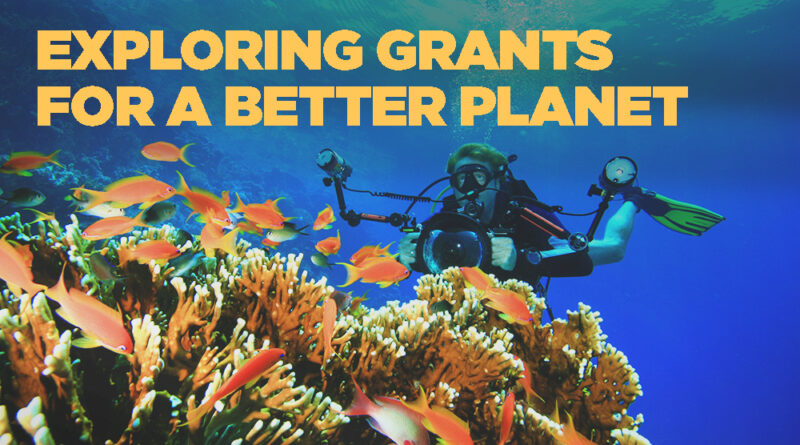 The Explorers Club, which was founded in New York City in 1904, recently hosted a 5-day Global Exploration Summit (GLEX) in Portugal. The Editor-in-Chief of Travel Weekly, Arnie Weissmann was in attendance and shared his experiences. During the summit, attendees heard from bona fide explorers and visionaries.

The panel and presenters were a modern “who’s who” of politicians, scientists, and leaders in Global Exploration — all of whom share a vision of a better future for planet earth. This list included:

The Explorers Club is constantly looking forward, recognizing the value of young people bringing new ideas in all areas of exploration. It has grants for high school students and college undergraduates of $1,500, as well as ones for graduate students and immediate post-doc starting from $2,500 to $5,000.

GrantWatch has similar grants available for students to study and explore new topics. For example, there are grants available to Connecticut individual K-12 students and teachers for projects related to aerospace and STEM subjects.

There are also opportunities for U.S. student teams to win prizes in a hands-on aerospace design competition. Competing teams will have the opportunity to design, build, and launch model rockets and get hands-on experience solving engineering problems.

Anousha Ansari, an attendee at the Explorers Club summit, is the CEO of the Ansari X Prize.  The Ansari X Prize was both an incentive and a competition. A prize $10,000,000.00, went to “the first non-government organization to launch a reusable crewed spacecraft into space twice within two weeks.”

The originally named X Prize was renamed in May 2004 to Ansari X Prize. This change came after a multimillion-dollar monetary infusion from Anousheh Ansari and Amir Ansari.

Twenty-six teams from around the globe vied for the prize. The first ever Ansari X prize went to Tier One, which operated the spaceship known as SpaceShipOne. It was designed by aerospace engineer Burt Rutan. Microsoft co-founder Paul Allen funded SpaceShipOne. After receiving the prize, Rutan and Allen founded Mojave Aerospace Ventures, to begin commercial flights. In 2004, they also signed a deal with Virgin Galactic to develop the Virgin Spaceship

This year, Virgin Galactic founder Richard Branson and five passengers inaugurated the era of space tourism. Nine days later, Amazon founder Jeff Bezos, accompanied by his brother, an 82-year-old woman, and a teenage boy, flew in the New Shepard spacecraft built by Blue Origin. These spaceships were meant to enter the space tourism market and give comfort with their large window viewing areas.

In the 17th and 18th centuries, upon completing college, men would embark on “The Grand Tour”.  This adventure was expensive and usually limited to men of financial means. These lucky travelers roamed throughout Europe, touring architecture, antiquities, and landmark wonders of the continent. This trip included Venice and Italy.

However, in the 19th and 20th century, this rite of passage opened to men and women. Eventually, people of all socio-economic positions would travel and explore Europe and beyond.

Young people would backpack throughout Europe and Asia. A visit to Venice, Italy as always continues to be the “must see” venue. This location has become so popular that Venice city councilors overwhelmingly endorsed a new entrance fee, to help offset the cost of hosting 25 million annual tourists.

The 21st and 22nd century will bring tourism beyond the confines of planet Earth. The pioneers of space travel include Virgin Galactic, Blue Origin, Space Adventures, Axiom Space, and Space Perspective.

Elon Musk was the original visionary of space travel that has launched the private sector and replaced the old space industry with new private rockets. The first test launch of Elon Musk’s Falcon 9 Space X heavy rockets was in 2010.

GrantWatch has several space-related grants in its database. For example, there are stipends available to Kentucky IHE faculty members to visit designated aeronautics and space exploration research centers throughout the country.

There are also grants to Florida and Israel for-profit companies to collaborate on aerospace research and development projects. Qualifying projects stimulate the development of new and significantly improved products and processes that may be commercialized in the global marketplace.

Some readers may remember the Biosphere 2, the 3.14-acre research facility in Oracle, Arizona. Two of the eight individuals that sealed themselves in this living eco-system were Jane Poynter and Tabor MacCallum. Today these two pioneers are co-founders of Space Perspective.

This exploration tourism company is taking reservations for flights leaving on its Spaceship Neptune from the Space Coast Spaceport in Titusville, Florida.

Jane Poynter explained, “We are committed to fundamentally changing the way people have access to space-both to perform much-needed research to benefit life on earth and to affect how we view and connect with our planet.”

And, what a view they will have. Passengers will board a high-tech balloon style pressurized gondola, for a leisurely ascent of 12 mph.  Compare this to rocket launched competitors, that travel at Mach 3(3 times the speed of sound). The space tourists are surrounded by panoramic windows and will enjoy an open bar and a lavatory.

Poynter believes that, “today it is more crucial than ever to see earth as a planet, a spaceship for all humanity and global biosphere. All great travel experiences expand your mind. If you talk to the astronauts, they’ll tell you they went to the moon, and discovered the Earth.”

As astronaut and moonwalker Edger Mitchell observed back in 1971,

“You develop an instant global consciousness, a people orientation, an intense dissatisfaction with the state of the world and a compulsion to do something.”

For this reason, the Explorers Club is trying to find ways to create a better world for everyone.