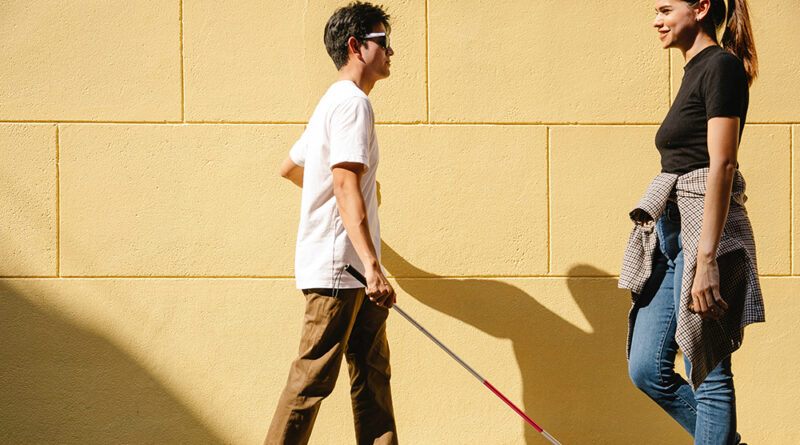 Growing up in Motown in the 1970s, I recall the Sam Bernstein Law Firm, well-known for their expertise in personal injury. In November 2014, Sam Bernstein’s son, Richard Bernstein, was elected to the Michigan Supreme Court despite a disability. In January 1985 he began an 8-year term as a Michigan Supreme Court justice. He was also an avid runner, completing 22 marathons and an Ironman triathlon—all impressive and without the aid of disability grants.

And all while being blind since birth because of retinitis pigmentosa, a genetic disorder!

Bernstein, and his brother and sister, are all lawyers and took over the family business. Richard left the firm after his election to the court. Since COVID, courts in Michigan have been working remotely. In January of 2021, Richard flew to Dubai to promote disability awareness internationally. This has led many to discovering disability grants. He stayed there and continued to overcome his condition, working as a justice, deciding cases remotely.

“The Palm’s crescent is like a runway without obstacles. I have my phone and cane to navigate while focusing on my work assignment at the same time,” Bernstein explains.

The court hears dozens of oral arguments. He reviews court transcripts called in by clerks who read him the documents until he is familiar enough to form an opinion.

“I internalize these cases, not word by word, but to know all the key legal issues that are relevant within the case.”

He would usually work from Lansing but courts are convening virtually. Despite an 8-hour time difference and inconsistent internet connections he’s continued working in Dubai. Richard planned staying only two weeks to attend a conference on improving cultural understanding between Jews and Arabs, part of the Abraham Accords.

Some in Michigan disagree with his working arrangement, even citing state law. State Rep. Graham Filler, Chairman of the House Judiciary Committee, showed concern bringing up the relevancy for helping people in Michigan while in staying in the Middle East.

“He is making decisions on unprecedented cases that are affecting everyday life in the state of Michigan.”

Richard Bernstein is up for re-election next year. He believes his important work of international disabilities advocacy and grants promotion in Dubai—along with regular remote work—will not hurt his chances. His work contributes to bridge countries, with positive responses.

“As a blind person it is very challenging to travel and do things on your own,” Bernstein says. “But the beauty of this country is that you are never alone; so many have helped me here that I know this area like the back of my hand.”

The UAE officially refers to people with disabilities as “people of determination.”

While as a justice for Michigan, he’s busy advocating and spreading cultural and disability awareness in the Middle East. Ironically, the elected judge has been living in a monarchy while advocating legal and social change.

“As a guest in this country, I can only create connections and friendships and not focus on other things,” Richard added. “I have worked harder here than anywhere else; I have been giving speeches and presentations, doing two jobs simultaneously.”

Bernstein worked on disability his entire adult life. In 2017, he spoke at the United Nations to build bridges of understanding. Richard sees some in power who have no understanding of challenges and disabled people. He adds sometimes family members don’t want to acknowledge it because it’s “taboo” or a “source of weakness.”

His advocacy and sharing his story of determination helps change that attitude. Grants are available to open doors, educate, and to lead to an understanding and better programs for all, especially Michigan.

“The idea is for this to be done in such a way that people can feel a connection. If you’re trying to create a new awareness you have to change the narrative.”