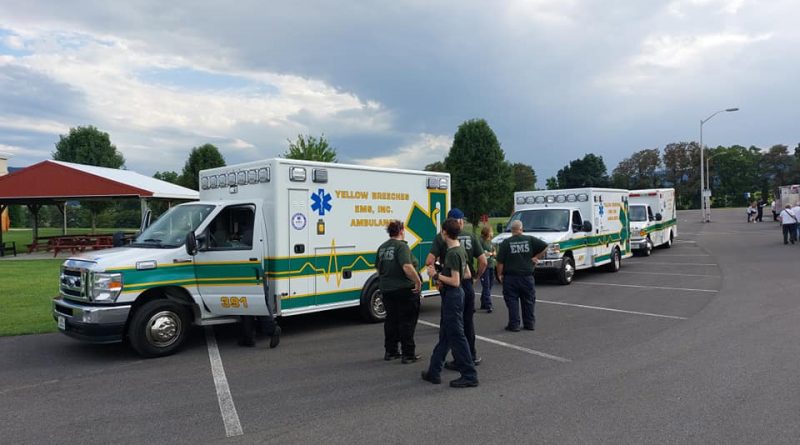 Mounting overdoses in an opioid epidemic. An escalation in assault victims. Dispatches requiring emergency medical services have gotten so intense, volatile and unpredictable that local first-responders in a central Pennsylvania town have decided to take their protection into their own hands.

EMS officials in Yellow Breeches say there was no specific incident, just the need for more safety that prompted the purchase of 15 ballistic vests for first-responders. Yellow Breeches received a $1,000 grant from Walmart to help pay for the vests, which cost roughly $200. The department plans to apply for more grants to cover the remaining costs.

Expectations on EMS providers continue to grow, despite the threat of budget cuts at the local, state and federal levels. Increasingly, the nation’s first responders are turning to alternative solutions and grant funding to address their essential needs.

Libby Hikind, founder and CEO of GrantWatch.com, said private-sector sources donate thousands of dollars annually to EMS departments for capital purchases or to improve service delivery, especially in rural communities or poor urban areas. A number of these revenue opportunities for EMS systems across the United States – including Florida, Utah, New Mexico, and Colorado — are listed on Grantwatch.com. Many of the funds are made available to EMS units regardless of their clinical sophistication, deployment strategies, performance standards and governance.

Yellow Breeches is one of the first departments in Cumberland County to purchase and utilize bullet-proof vests, underscoring the nationwide trend to purchase more protection for first responders. But, fire rescue crews in Midway, South Carolina, also started using bulletproof vests. The department got the money for the vests from a grant from Georgetown County. Firefighters won’t wear the vests on every call. They will wear the vests on top of their firefighter uniforms on calls that could potentially be dangerous.

Authorities hope they do not have to use the protective gear, but recognize that police officers are no longer the sole targets of aggression at scenes requiring emergency responses. A year ago, an ambulance crew in Selma, Alabama, was met with gunfire as they arrived on scene for a blood pressure check. Fortunately, neither employee was injured. The district attorney who handled the case believed the act was part of a gang initiation ritual.

Government funds were also recently allocated to paramedics and EMS crews in Akron, Ohio, and Stamford, Connecticut, to purchase body armor. The Capital Expenditure Grant from the state of Connecticut will allow Stamford to share the protective equipment with three other cities as needed.

Meanwhile, reports vindicating the purchase of bullet-proof vests are beginning to surface. Dani Kamenar, a paramedic, was on a call when a patient attacked her. She was 32 weeks pregnant at the time, but luckily for her and her daughter, Brooklyn, she was wearing body armor. Kamenar, an EMS member for the University of Pittsburgh Medical Center Health System, suffered a partial placental abruption, but it could’ve been worse.

About the Author: Staff Writer for GrantWatch.com