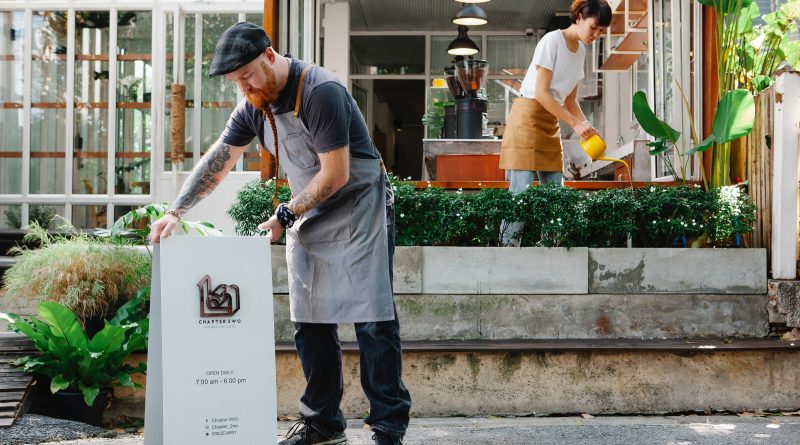 When customers ask about the solvents he uses on their clothes, Tyler Avestini eagerly comes clean. The owner of Avestopolis Dry Cleaners says his cleansing agents not only leave clothes bright without shrinkage, but also protect the environment.

Three years ago, Avestini became the first recipient of a Minneapolis city grant that provided him with $20,000 to purchase technology that reduces the amount of pollutants emitted at his dry-cleaning business. That grant from Minneapolis’s Green Business Cost Sharing Program and a low-interest loan from the Minnesota Pollution Control Agency to finance the remaining $50,000 he needed to buy the new dry-cleaning equipment has helped Avestini eliminate 1,000 pounds of perchloroethylene each year.

In 2015, Ramin Hakimi, part-owner of Oscar Auto Body in Minneapolis, used the money from the Green Business Cost Sharing Program to install a paint booth that both improved the indoor environment and the quality of his work. He said he couldn’t believe the city offered him a grant to pay for roughly half the cost of the booth.

Since the green business matching grant program began a few years ago, more than a dozen businesses have participated. The city has offered dry-cleaning businesses up to $35,000 to purchase equipment that uses alternatives to perchloroethylene or “perc” – a commonly sued solvent and probable carcinogen.

New perc-eliminating machines typically run about $100,000, a cost that can be prohibitive for a small business, said Lisa Bender, Minneapolis City Council President. But the Minnesota incentive program offers grants in which the city pays for a third of the cleaner technology and the business chips in the other two-thirds.

Avestini said the program “has been a win-win for everybody” including his environmentally-conscious customers, who keep coming back, and Minneapolis, which became the first major city to eliminate the use of perc.

Dry-cleaning workers who routinely breathe excessive amounts of solvent vapor or spill perc on their skin are at risk of developing health problems, according to the U.S. Occupational Safety and Health Administration.