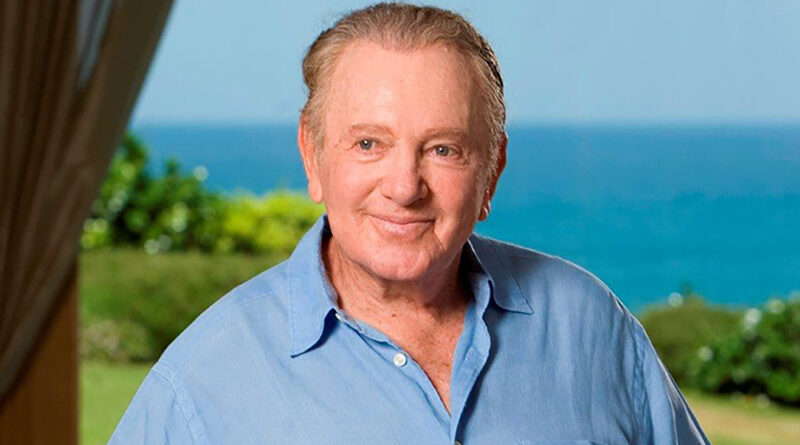 On June 2, 2021, the in-person “Global Investment Forum” took place in Dubai. The conference was organized by the Khaleej Times newspaper and The Jerusalem Post. Together on one stage, a who’s who of influential business and political leaders from every corner of the planet had gathered. This extraordinary list of speakers included ambassadors, ministers, former prime ministers, inventors, philanthropists and CEOs.

I watched some of these esteemed speakers online and was very impressed with their unified vision for peace, technological innovation and health sciences research on a global level. One man who emerged from the crowd was Morris Kahn.

Kahn, the 91-year-old organization chairman, entrepreneur and philanthropist, conversed with Steve Linde, Editor-in-Chief of The Jerusalem Post, on the topic “To the Moon and Back.”

During the onstage interview, Kahn, who is a founder and chairman of SpaceIL, a non-profit organization that is the first private entity to reach the moon, elaborated on future missions.

“It would be wonderful if we could develop a space program that would be a combination of Israel and the Arab world,” Kahn said. “I would welcome it, if it fits in with the program the Emirates have; they have an ambitious program. It would be the pinnacle of my achievement and my involvement in space.”

SpaceIL launched an unmanned spacecraft in 2019. The project was named Beresheet, which is the first word in the Old Testament (Torah), loosely translated as “in the beginning”. The program cost $100 million, and Kahn was a major donor.

There is now a plan to launch Beresheet 2, and with the newly signed Abraham Accords, normalizing relations with the UAE and Israel, a joint venture appears certain. The UAE has already pledged $10 billion for projects in Israel with funds earmarked for space exploration.

“When they said the spacecraft that we launched crashed (in 2019), I said it did not crash – it had a hard landing,” Kahn said. “This time we have a spacecraft that will orbit the moon for 2-3 years. It will collect scientific data and have two smaller crafts that would be attached.”

Kahn also spoke about other philanthropic projects. He is proud of his support in the field of genetic diseases, a problem that has adversely affected the Bedouin communities in Israel. The project he funded has reduced infant death among the Bedouins by 35%. Since the Bedouin immigrated to Israel from the Emiratis he told the audience, “I think that we can do a lot to help Emiratis also, because (they share the same gene pool).”

In addition, he is a major supporter of “Save a Child’s Heart.”  This nonprofit brings patients to Israel for medical treatment or sends their team of doctors around the globe on humanitarian missions. They have saved the lives of 5,700 children who suffered from serious cardiac disease. They have completed over 100 missions to over 60 countries, where pediatric heart care is lacking. This project has been recognized by the United Nations for its humanitarian work.

“When you see the gratitude from a mother who brings her child who is going to die, and she brings him back home as a vibrant child, the pleasure in seeing that really is the driver for continuing,” Kahn said.

“When I turned 80, I gave myself a birthday present,” Kahn said. “I was in Africa, and I learned about how diseases that leave a person blind can be saved with an operation of about 25 minutes, and I said, ‘That is not just a nice thing to do, it would be criminal for me not to.’ The first time we went there, we did operations on 600 people. And I’ve been going for 10 years.”

After doing the math, it appears that Kahn has paid for 6,000 eye surgeries in Ethiopia in the last 10 years.

“If I look back at my life and I ask myself, ‘What have you done that really has meaning?’ I think I’ve touched the lives indirectly of lots of people,” Kahn said.

Kahn’s story is long and inspirational. I am impressed by his dedication to so many important causes. He was born in 1930 and moved to Israel in 1956 with his wife and two sons from South Africa with very little money and a plan.

“My plan was to retire by the beach by the age of 26,” Kahn joked. “I haven’t stopped working since.”

He did move to the beach and, although he became a very successful entrepreneur, his passion was, and still is, diving and giving. His family would regularly go diving in Eilat until on one of their dives he perforated an eardrum, temporarily preventing him from diving.

“I realized that most people don’t get a chance to see the beautiful underwater world, the coral and the fish, because they don’t dive,” Kahn said.

Besides contributing to space, Kahn started the company Coral World and built the Underwater Observatory and marine park in Eilat. He went on to replicate theses underwater aquariums in Hawaii, Spain and Australia.

GrantWatch features categories making it easier to search through grants you may be applicable for. Simply click any of the categories you think would suit your needs.