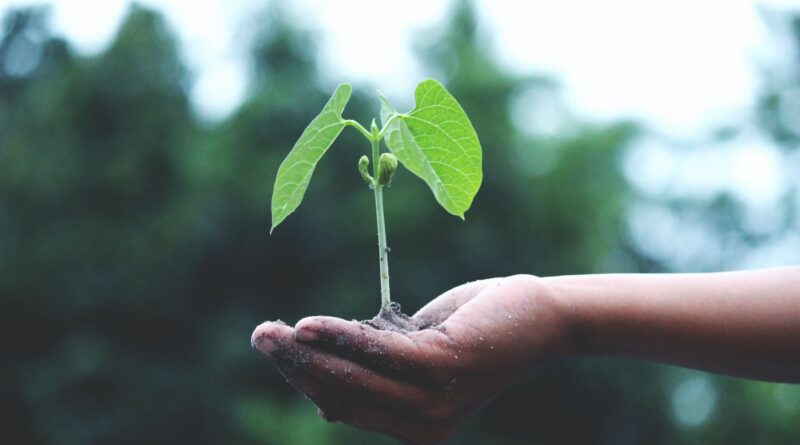 Progress is important. Ensuring that our grandchildren will be able to live on this planet is important. So moving towards having cleaner air and water and an environmentally friendly world is critically important. And we know that, which is why we celebrate Earth Day.

And while we’re talking about the environment, here’s a grant for USA nonprofits and for-profits to address environmental and social needs.

The now-global Earth Day is always on April 22nd. It’s been this way for over 51 years, growing worldwide in the 1990s. But over 50 years ago, factories spewed toxic fumes and dumped waste into water sources. There was no environmental protection agency in the United States, and there were no laws protecting citizens from pollution. And while the actual conversation began in 1962, the beginning of this story really starts in January of 1969.

Earth Day 2021: Back to the Beginnings

So, how did we get to 50-plus years of Earth Days to honor the planet and highlight climate change initiatives all over the world? Well, it starts with then-Wisconsin Senator Gaylord Nelson, who, along with his colleagues, witnessed an oil spill near Santa Barbara, California. At the time it was considered to be the largest oil spill in the United States history. It retains that title to this day. It was late January of 1962 when 80-100,000 barrels of crude oil spilled into the Channel and the beaches of Santa Barbara County. The impact of this spill was devastating — it is said to have killed 3,500 sea birds, alongside dolphins, elephant seals, and sea lions.

The impact of this spill led to major public outrage. Senator Nelson, and his colleague Pete McCloskey, organized a teach-in at college campuses across the United States, recruiting activist Dennis Hayes to organize these teach-ins on campuses. The team chose April 22nd as its official day in order to maximize student participation.

Hayes recognized Earth Day’s potential and built a staff of over 85 and brought in a wide variety of organizations. These included faith groups. And then these initial organizers changed the name of this participation day to Earth Day. The name really caught on, sparking media attention all over the country. In fact, it became so popular that it convinced 20 million Americans, or 10% of the country, to action. They packed the streets, parks and auditoriums with demonstrations.

This was about harm mitigation. And conversations about change and the real-life human health impacts. Students and teachers at thousands of Universities across the country. And it was effective. Earth Day 1970 brought real-bipartisan recognition.

Change Was On It’s Way

There was a real-world impact from that first Earth Day and the ones that followed. One was the formation of the U.S Environmental Protection Agency in 1970. Then came the passing of several laws and regulations, including:

More legislation would also come as a result. And in 1990, Earth Day went global. At that time, it mobilized over 200 million people in 141 countries. Today the holiday is celebrated in over 190 countries. Eventually the moment would lead to the1992 United Nations Earth Summit in Rio de Janeiro, Brazil. And, in 1995 Senator Nelson was awarded the Presidential Medal of Freedom by President Bill Clinton. And the movement that started over 51 years ago continues today.

Well, Earth Day is now the largest secular observance day in the entire world. Over one billion people celebrate it across the world. And it has become more than just a holiday, but a day of action, too. It’s a day to push for effective changes, from local level policy to the federal government. Billions of people will celebrate the planet today and work to make it a better place.

If you’re looking for ways to get involved or find events, you can visit EarthDay.org.

GrantWatch Cares About the Planet

Happy Earth Day to all of our readers and subscribers!

We’re so happy to hear of the continued action that amazing organizations are taking to improve the planet. That’s why we are so proud to list grant categories to help our subscribers succeed! We have an entire grant category for environment-related grants, that may spark your interest. We also have an energy-related category for those looking at energy alternatives and many other initiatives.

If you have any questions about these grants or categories feel free to reach out! Our incredible customer-support staff is ready to answer any of your questions, and help you! You can reach our team members by calling 561-249-4129.